The young artist now plans to create a unique portrait for Prime Minister Narendra Modi using stamps that have been used in offices.
Speaking to ANI, Rahul Pareek said, “I have planned to create an artwork of Prime Minister Modi and former Prime Minister Atal Bihari Vajpayee using all the development projects implemented by the Center , including “Make in India” stamps. I planned to use more than one lakh stamps to create the portrait. This portrait will send a message to people that our country is progressing in a modern way. 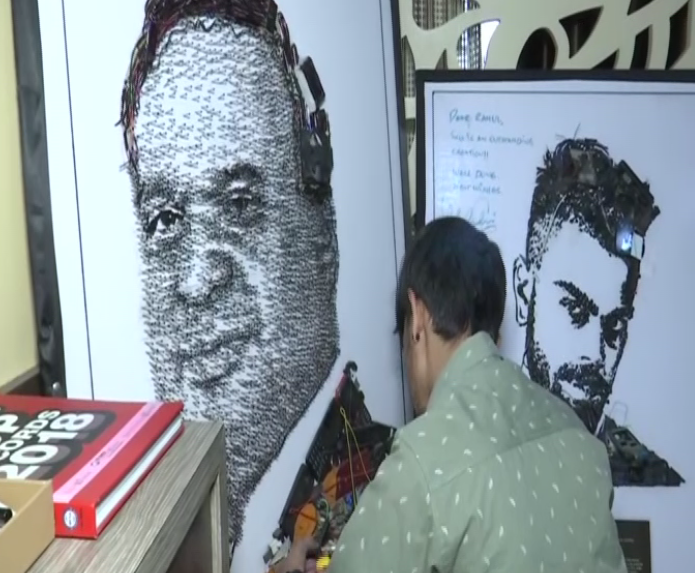 The young boy had also created a painting using abandoned Chinese mobiles and other electronic gadgets to pay tribute to the Indian soldiers who lost their lives at Galwan.
Pareek said he has been interested in fine art since childhood and inspires people with his works.
“After I finished my fine art course, I felt I would do something out of the box for people to be inspired by seeing it. Art is such a thing that gives a message by itself. I thought I should make such artworks where there is a little message. I had chosen e-waste to create portraits and also to provide an artistic solution,” he said. 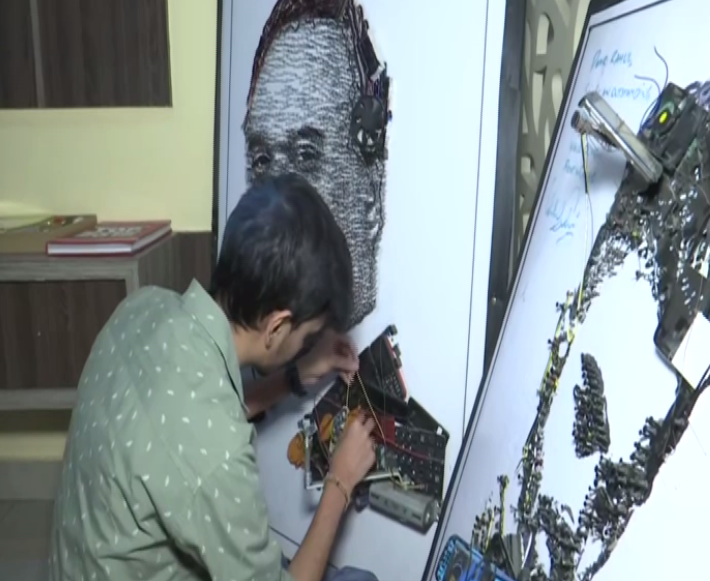 Moreover, the young artists added, “I had made a portrait of Union Minister Sarbananda Sonowal using a used computer motherboard and gifted the portrait to him. ‘works of art.”
In 2020, Rahul entered the Asia Book of Records and won many other awards for his innovative mechanical works. (ANI)