72-year-old art student paints her future with her education 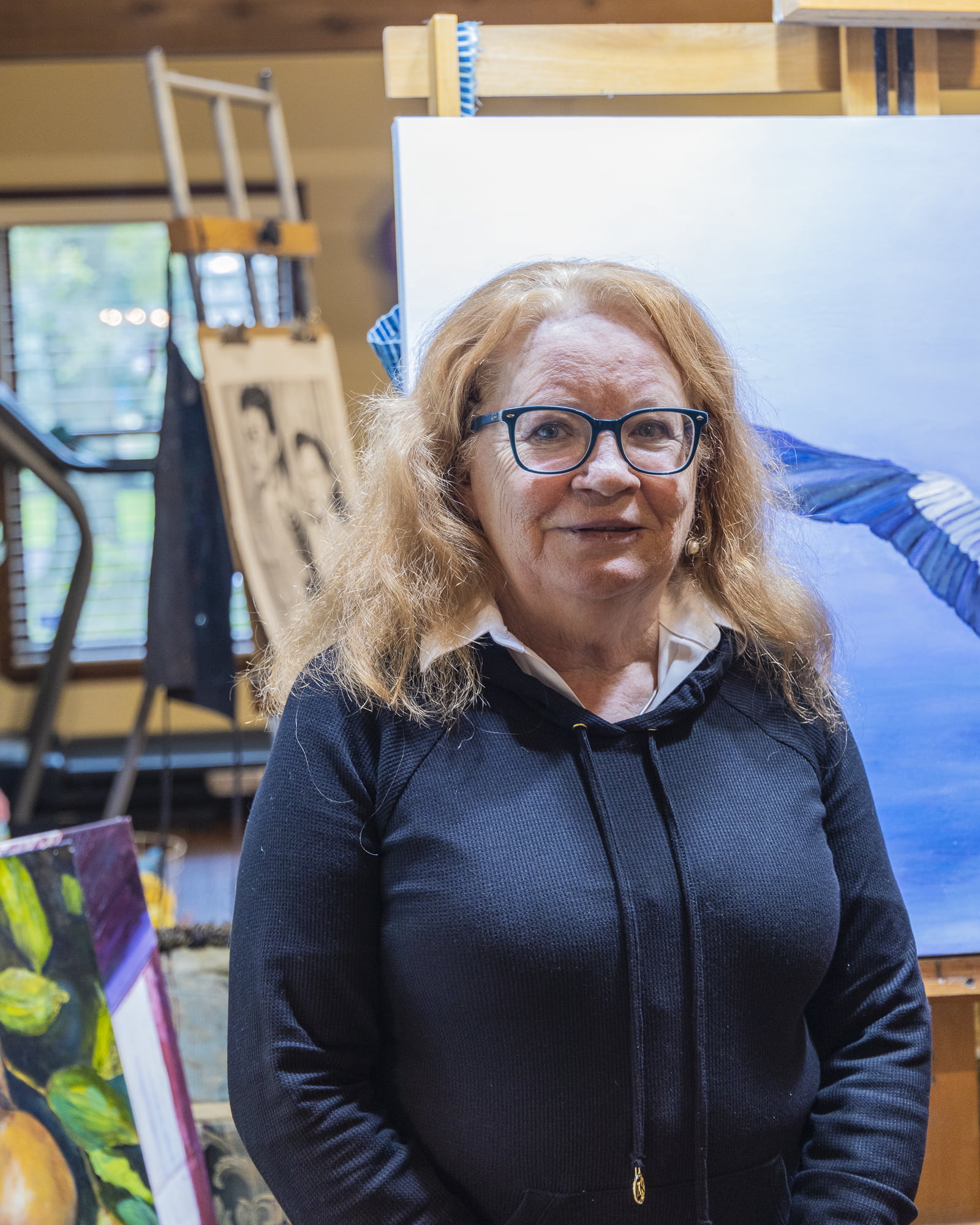 Claudia Dionne, a fine arts student at WCC, stands in front of her works in her living room, which also serves as an art studio. Shelby Beaty | Washtenaw’s voice

Claudia Dionne was in grade 10 when she dropped out of school in her hometown of Baddeck, Nova Scotia, and she was overwhelmed. Her father was sick and her mother had to work. Being the second oldest of seven (her older brother is deceased), Dionne often had to stay home to look after her younger siblings, which meant less time to study and more time to babysit. She started having difficulty with her classes to the point of failing most of them, and eventually decided to quit school altogether. She raised four children and moved to the United States almost 30 years ago in the hope of giving them a better education.

Today, after all these years, at 72, Dionne is starting over again.

â€œI always wanted to go back (to school), but life did,â€ Dionne said.

Dionne plans to graduate from WCC in May 2022 with an Associate’s Degree in Fine Arts, and she also graduated with a Liberal Arts degree from WCC in 2019. This opportunity to further her education only presented itself when all of her children, one of whom has Down’s syndrome, were adults and left for college, although her son with Down’s syndrome still lives with her.

â€œHe and I decided it was time for Mom to go back to school and do something other than housework every day,â€ Dionne said.

However, many people fear going back to school, and Dionne is no exception.

â€œI was thinking about all of these things like, ‘Do I really want to go back to school? Am I going to make a fool of myself? Because I’m old, obviously, â€Dionne said.

But Alzheimer’s disease is familial; much of her mother’s family died of complications from the disease. Dionne felt that in order to avoid such complications, going back to school would be the right decision, so she started looking for community colleges in the area. When she found out that the WCC had a emeritus scholarship program, where she could take all of her classes for free, she was sold. The fact that college was seven minutes from her house was just an added bonus.

In 2014, Dionne began studying at the WCC. In the same year, she also took the test to get her GED and passed. She achieved a GPA of 3.8 during her Liberal Arts program and was able to maintain a GPA of 4.0 in her Fine Arts program. 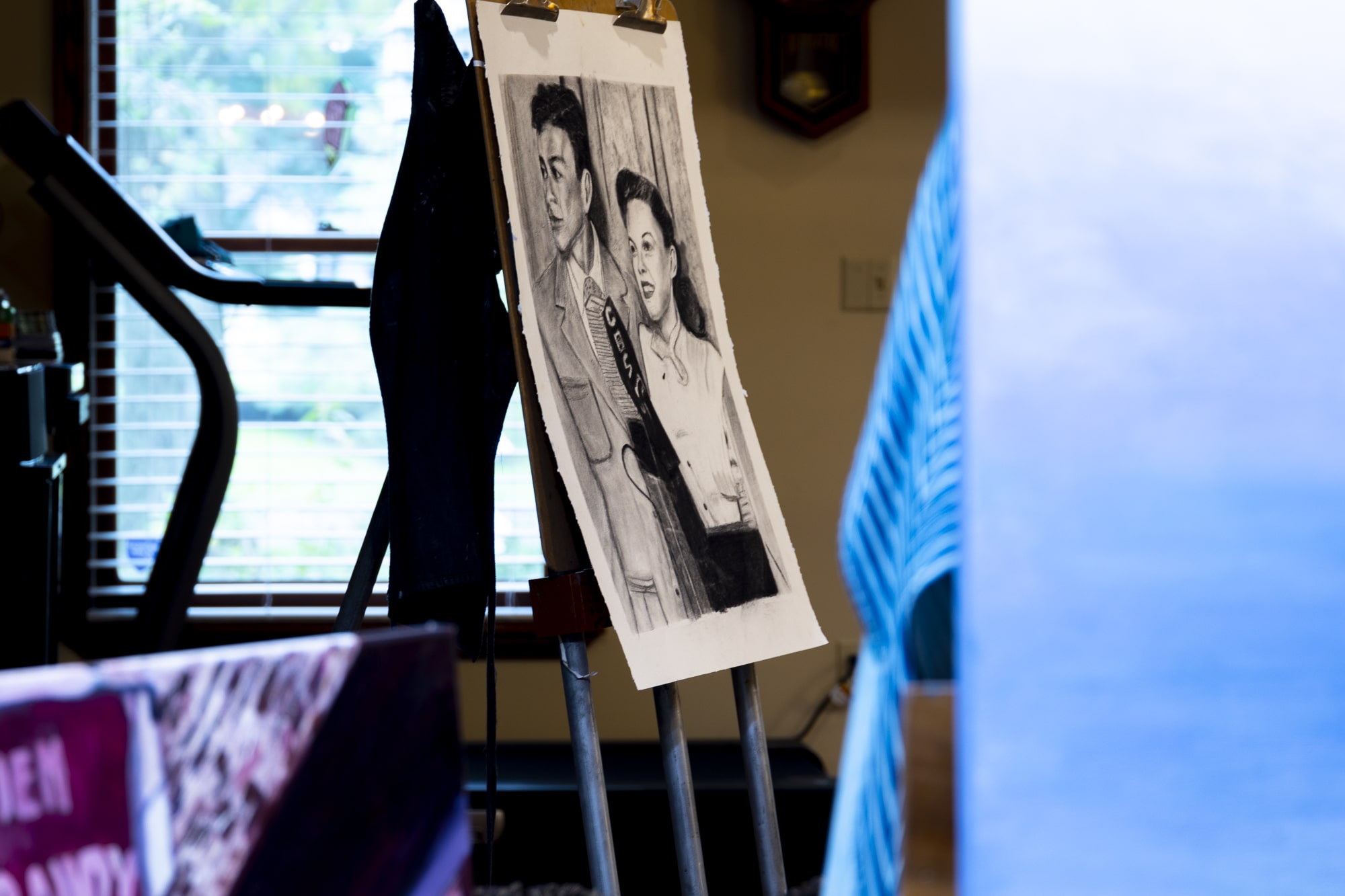 â€œIt took me a while to do it, but I place my priorities on my family and my home. They come first, â€Dionne said.

When the pandemic hit, Dionne says it didn’t affect her too much. Although she has mixed feelings about being a virtual art student, she says the pandemic has allowed her to spend more time with her 50-year-old husband, who would otherwise make an hour-long commute each day. to get to work in Ohio.

â€œI don’t know what I would do without his support. Since he works from home now, I see him more often, â€Dionne said.

After graduating from the WCC, Dionne isn’t sure which path she will take. She wants to get a doctorate. fine arts and has received invitations from several major universities, including Columbia University and Harvard, but she worries that continuing her studies will not have enough time to paint, an activity that occupies most of her time. days. 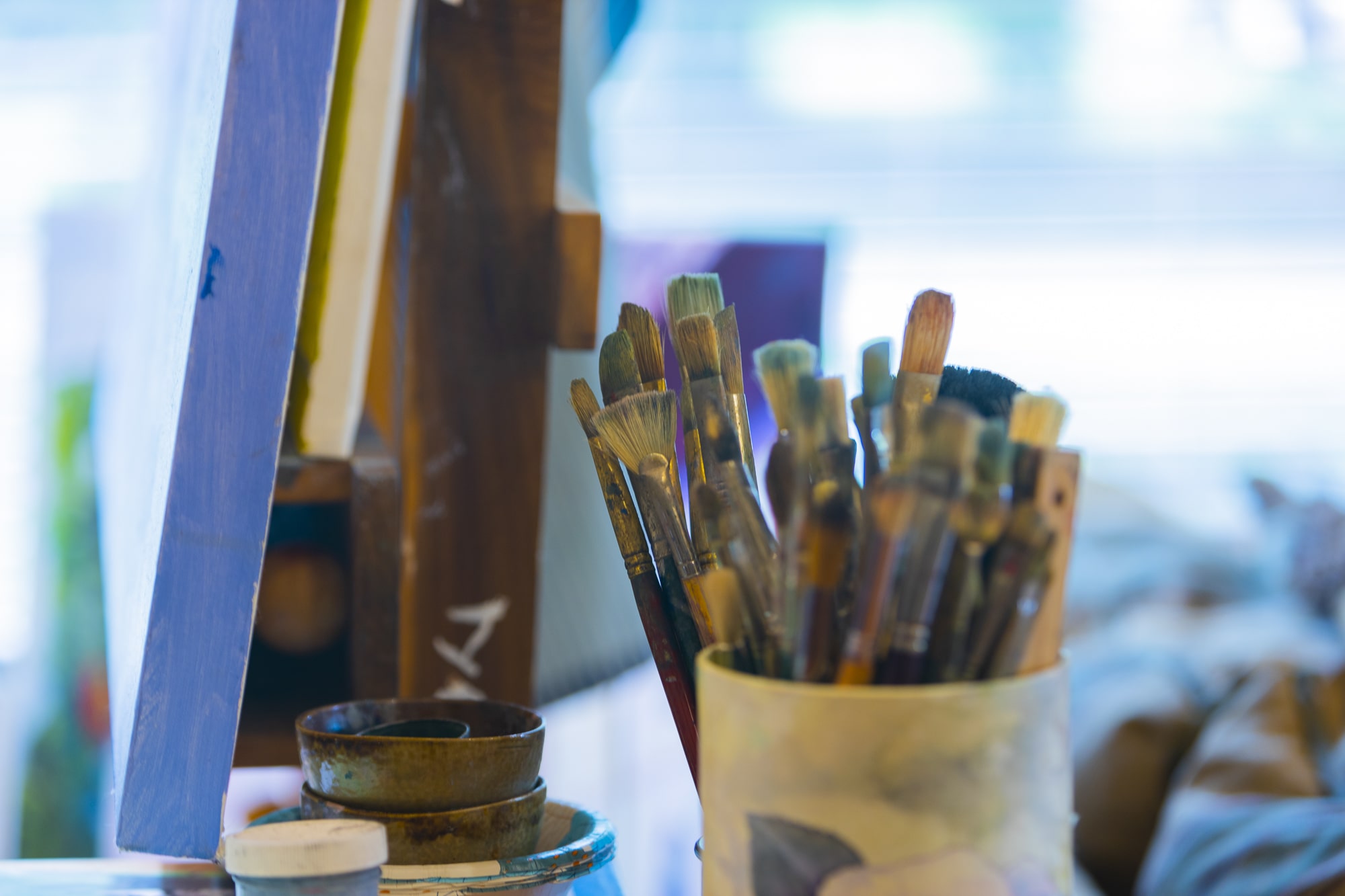 Despite her love of painting, Dionne says it’s not her greatest motivation when it comes to furthering her studies in fine arts, or pursuing a career. A fourth generation artist, she feels that she lacks the natural abilities of her father and siblings.

â€œThey’re the kind of people who could sit here and lure you in in a matter of minutes. It’s not me, â€Dionne said.

Instead, her main source of motivation is to keep herself from ending up like her family mother and dying of Alzheimer’s disease. Plus, even if she went to Harvard (her first choice), she would do virtually everything. Even though she says it would be an incredible opportunity to physically attend Harvard, her family remains her top priority.

â€œI would never leave my family. I wouldn’t be so selfish, â€Dionne said.

The rise and fall of an online empire

You might laugh in disbelief if a 72-year-old told you that he was once an avid gamer. But Dionne doesn’t play (no pun intended) when it comes to her old favorite hobby.

Dionne was a beta game tester for Microsoft. She started out testing software and eventually moved on to testing video games, including EverQuest, first released in 1999 for Windows PCs.

She also started to develop chat rooms for online games, where she met a lot of people; eventually, together, they formed their own online â€œkingdomâ€, where they essentially played the role of characters in medieval times.

â€œI had a king, I had childrenâ€¦ I had a whole life developed,â€ Dionne said.

Dionne began to realize that the gaming world was taking up too much space in her life, so she decided to take her kingdom online and transfer it into a book, which she titled “The Artesian Dragonlands”. She started the book 20 years ago and is not currently working on it.

â€œI know (the book) will never be written, but I’m not playing anymore,â€ Dionne said. â€œThere is just no time for anything other than my family and my school. “

Over to you, COE

Dionne expresses great gratitude to the WCC. She says the Emeritus Scholarship allowed her to focus on her studies rather than her finances, which would otherwise be handled by her husband.

â€œThanks to the scholarship, I don’t have to feel like a burden on him,â€ Dionne said.

She also thanks the teachers for their kindness and understanding.

â€œAt the end of the day, I think the WCC really, really caresâ€¦ I will be forever grateful to them for giving me the opportunity to finish my studies,â€ Dionne said. â€œMy life motto is that it’s never too late. I mean, look at me. Look where I am now. 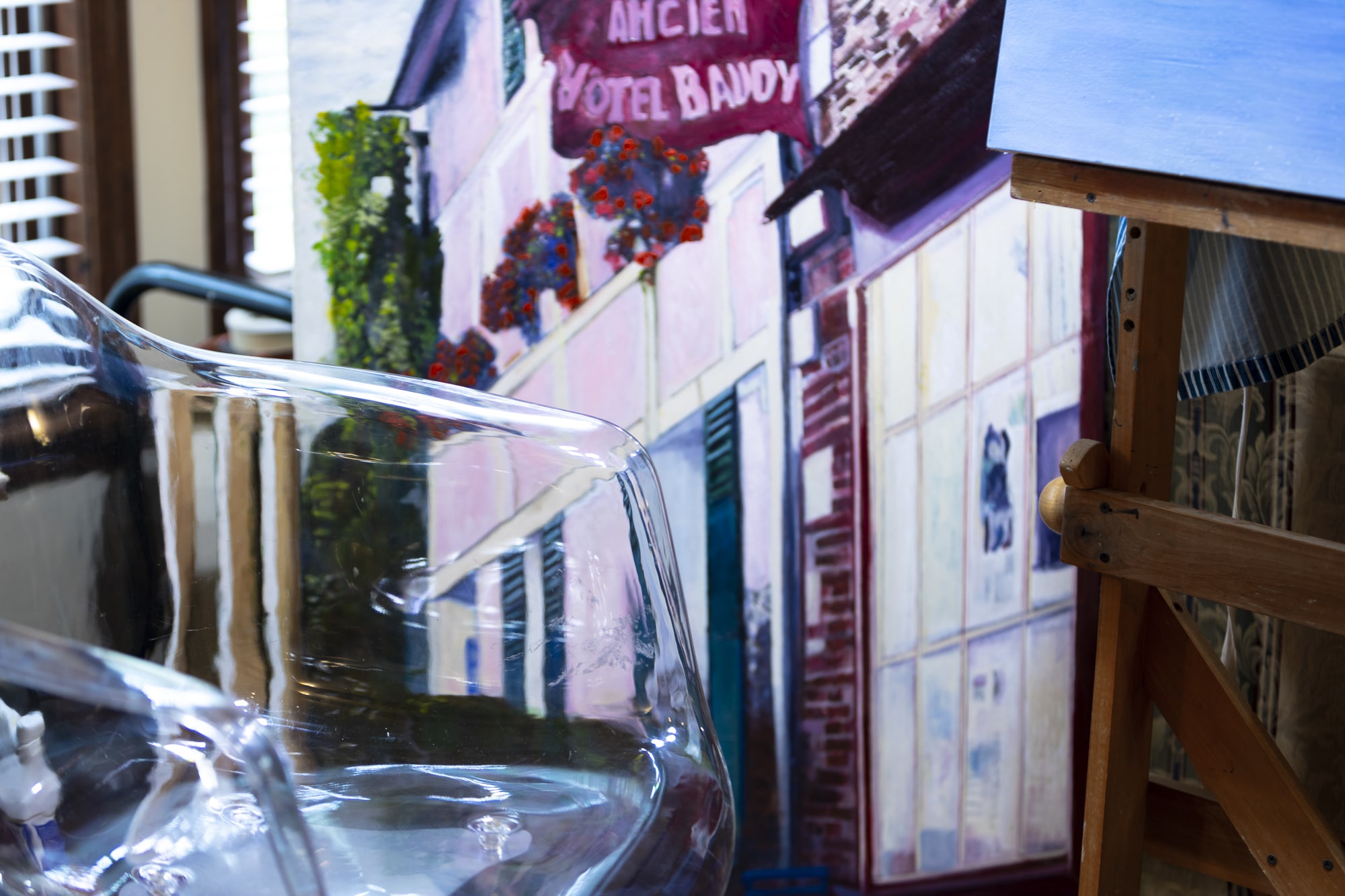 A transparent chair in front of an easel with a Dionne painting in the background. Shelby Beaty, The Voice of Washtenaw