Mitchell Bowen’s graduate plans include traveling the country as a freelance artist, creating a niche style of posters and postcards, and selling them to local stores. As a senior at Grace College, his launch is already causing a stir in Winona Lake, Indiana, where his designs have sold in several local stores.

So how did he go from art student to creative entrepreneur? Bowen’s love of art began at the age of four when he discovered the problem-solving that comes with building legos. He channeled this passion into various art forms over the years and even took a technical communication design program in high school, but it was one night in Pagosa Springs, Colorado, that his career dream was conceived.

During his studies towards a bachelor’s degree in visual communication design In Grace, he had fallen in love with a specific postcard style inspired by posters made during the Great Depression by the Works Project Administration (WPA), featuring modernist typography, bold graphics and a limited color palette.

Bowen’s designs are inspired by posters made during the Great Depression by the Works Project Administration (WPA).

â€œI’ve always been very interested in this style,â€ says Bowen. “It’s a niche art style that I really appreciate.”

Bowen has always kept his eyes peeled for this style on his travels, and his family trip to Pagosa Springs, Colorado last summer was no exception. After a long day looking for the right postcard as a souvenir from his vacation, Bowen returned to the cabin empty-handed. That night in bed her mind started racing; What if I traveled across the country, made these posters for small towns and gave them to stores for sale? he was thinking. The idea immediately excited him.

â€œGrowing up in Colorado, I’ve always wanted to do exciting and new things, and I really enjoy visiting new areas,â€ says Bowen. 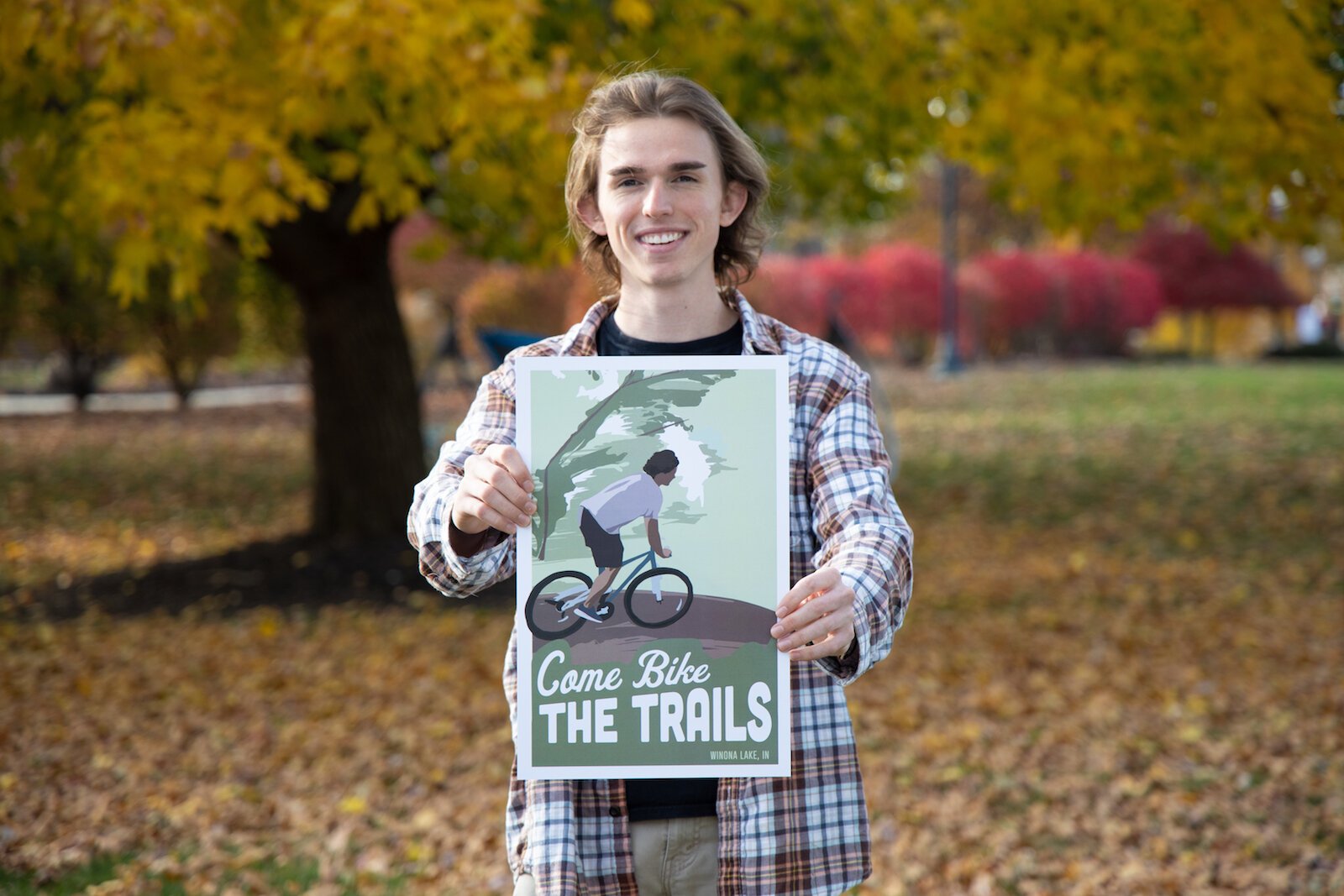 Mitchell Bowen designed a set of postcards and posters that sold in Winona Lake.

His career idea remained an idea until he returned to Grace College for his final year of a bachelor’s degree in Visual Communication Design. When his illustration teacher, Kim Reiff, announced that the course’s final project was to create some sort of publication, Bowen knew exactly what his project would be.

Over the next few weeks, Bowen worked to create and refine a set of postcards that captured the unique college town he knew and loved – Winona Lake, Indiana – while adopting the style he had grown to appreciate. Emphasizing the charm of the city’s dining options, bike paths, and lake access, Bowen crafted a series of images that quickly sparked the enthusiasm of his friends at Grace.

â€œFrom the feedback I received at Grace, I knew this was something people would really appreciate and appreciate,â€ Bowen said. â€œEvery time I place the prints in someone’s hands, I can tell they truly cherish them. “ 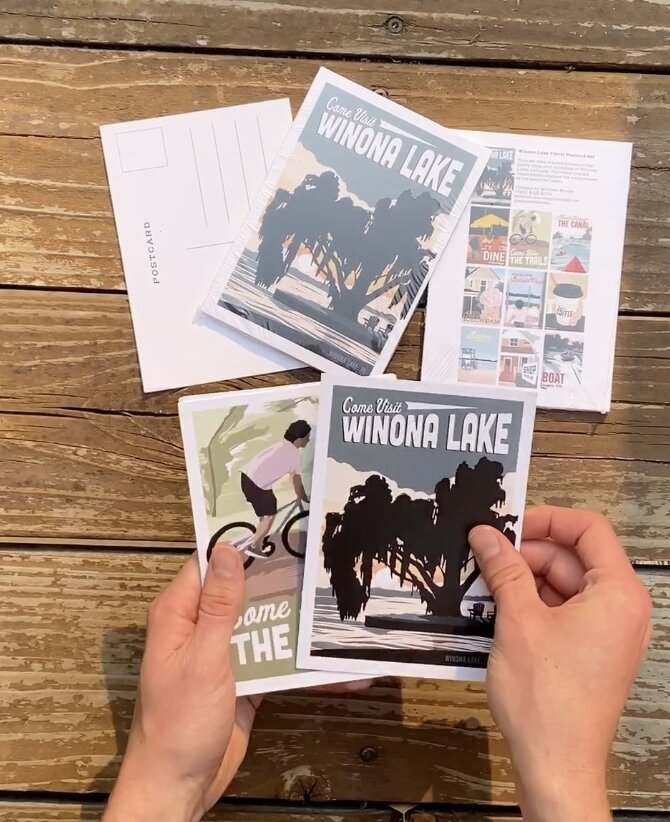 While the reactions were encouraging, Bowen never expected what was to follow.

As part of the illustration course, the Department of Visual, Performing and Media Arts Ã  Grace gave each student $ 50 to print their publications, and Allegra Printing matched the amount. As a result, Bowen came out of his last class with 15 posters and 30 sets of his postcards.

Prints in hand, he traveled to Winona Village, going from store to store, speaking with store owners / managers and showcasing his products. An hour later, LetterWood Paper Co. called him. The owners, Amber and Mike, explained that they would love to buy six sets of postcards and almost all of Bowen’s posters.

The weekend after Bowen delivered the product to LetterWood, he returned to his hometown of Golden, Colorado to visit his family. Before his return on Monday, he received a text from Amber which read:

â€œCome Monday. We need more inventory. We’ve sold almost all of your work.

â€œIt was really a confirmation,â€ he says. â€œThey said so many people came over this weekend and were excited about my postcards. After ordering extra copies I couldn’t even keep them in stock because they were so popular. 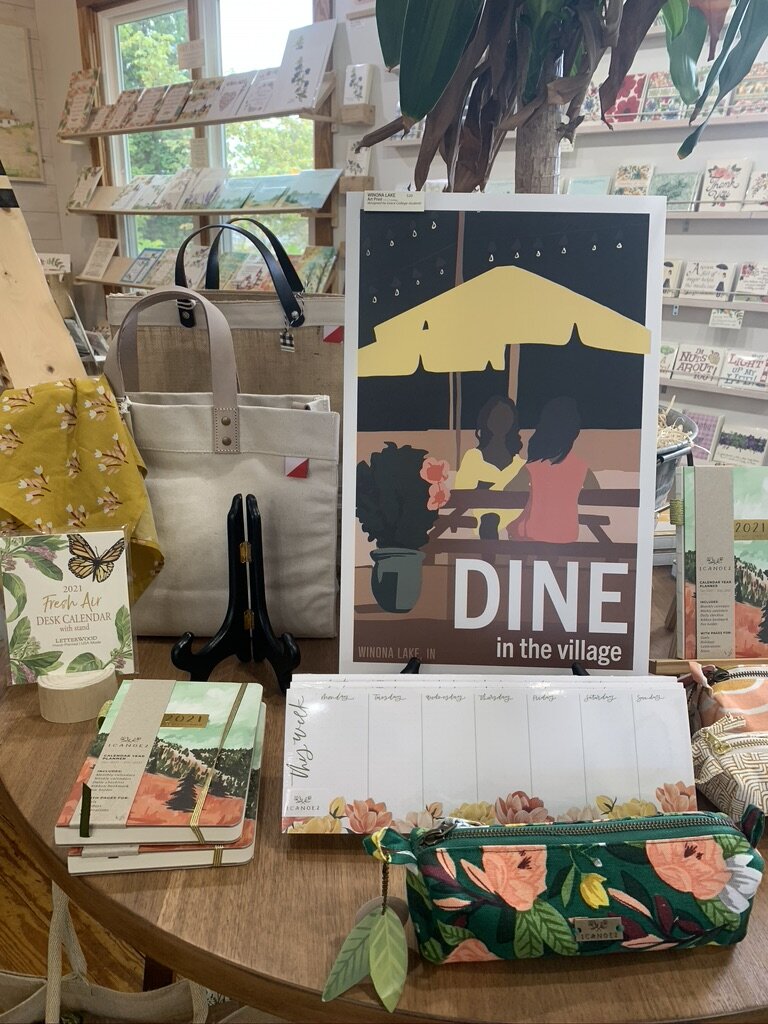 Bowen’s postcards and posters are on sale at several stores in the village of Winona Lake.

Soon after, several other shops in the village pounced on his work; the Spice Merchant, Rocket Fizz and the Winona Mercantile have also bought some. Bowen also started selling his work on his Instagram account. @mitchellbowen__.

New to business, Bowen continued to rely on his teacher Amber, an experienced illustrator, and her husband, Mike, for support. The couple took the budding artist under their wing, spending several hours helping Bowen figure out pricing and packaging, and exploring new ways forward with him.

â€œI have Amber and Mike’s cell phone numbers, and text them all the time,â€ Bowen says. “They are so generous to share their expertise with me.”

Amber and Mike also enjoyed helping out throughout the process.

â€œMitchell is a budding entrepreneur,â€ says Mike. “He’s a super creative young man who will be successful in anything he does.”

Bowen can’t wait to see how his product sales evolve over the 2020 holiday season, and he plans to spend his Christmas vacation working on his next two sets of postcards: one for his hometown of Golden, Colorado, and one for Yellow Springs, Ohio, where his girlfriend is from.

After graduating in May, Bowen plans to move from town to town, making his creative endeavor his full-time job.

â€œIt took me a while to find my art style,â€ Bowen explains, â€œbut I think I found it,â€ he says with a smile.

Bowen’s works of art can be found in the stores of the Village in Winona or can be ordered directly on Instagram @mitchellbowen__.